I bought a cheap, Chinese, 12V 1A power supply, to use in my LED lamp retrofit project (about which I’ve been writing an article for weeks, but it’s not published yet). It’s marked CE (meaning it respects European norms, which essentially have to do with EMI interference), but it still has a serious problem.

Below are pictures of the accused. While the power supply is cheap, it’s not one of the cheapest. There is an EMI filter on the input side, it’s got a fuse (yes, there are supplies without fuses…), and overall doesn’t appear to be a very poor design. However, this is sold as a “supercompact” supply, in a metal case - and the metal case touches components inside, effectively connecting it to mains voltage! I’m lucky to have noticed it before actually plugging it in! 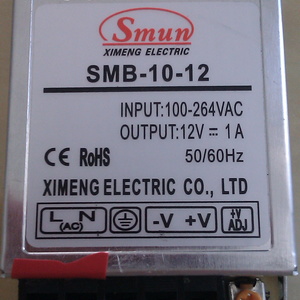 The fuse inside (see picture below) is installed vertically, and its top lead touches the metal case - or if it doesn’t, it has about a quarter of a millimeter of clearance, which is dangerous in case of a surge, and dangerous in case you touch the case because pressing it even very slightly will make contact. The supply has an “Earth” pin, tied to the metal case - because every time you have a metal case and mains together, you need an Earth connection! If you’ve connected the Earth pin, and have a proper residual-current circuit breaker (“disjoncteur différentiel” in French), the breaker will trip as soon as the plug is connected, electricity in the house will be cut, and you won’t die - and probably not get a shock at all, unless you’re touching the power supply right as you plug it in. If you’ve neglected to connect this pin, you’ll have a 50% chance of getting a nasty shock, depending upon whether it’s the hot or neutral wire that touches the case. (Do note that if you follow the wiring diagram on the supply, it’s the neutral wire that ends up touching the case. As a result, the power supply will trip the breaker, but will not tase you - assuming your power plug has a standard L and N wiring, which isn’t the case of European plugs!)

How to secure it

To safely use this power supply, you need to:

(Disregard the blue annotations which are not relevant to safety.) 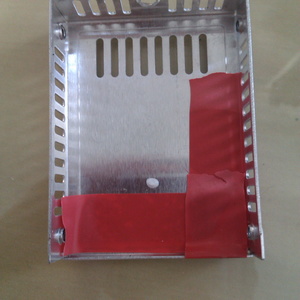 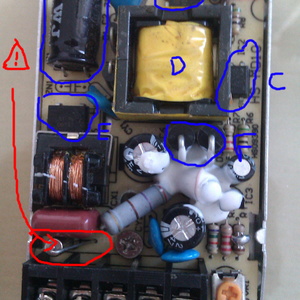 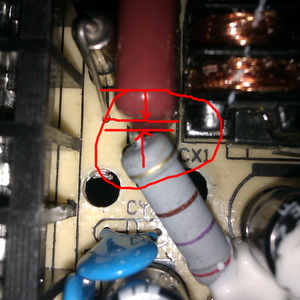 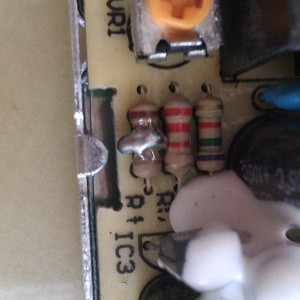 This is a typical switched-mode power supply. Let’s take another look at the “internals” picture, this time paying attention to the blue annotations.

The different stages of the supply are: 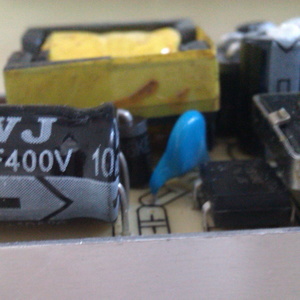 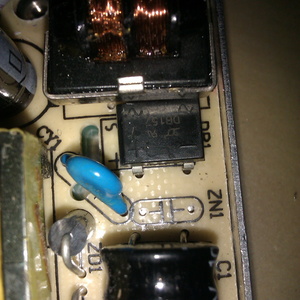 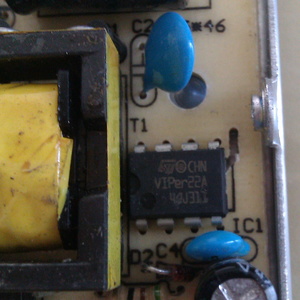 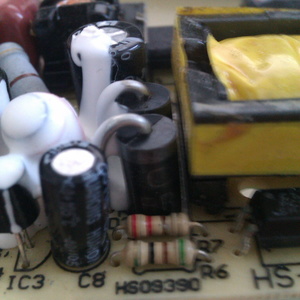 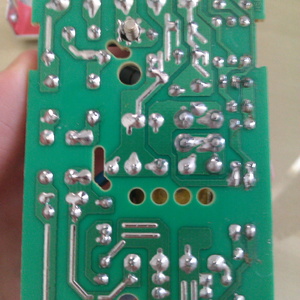